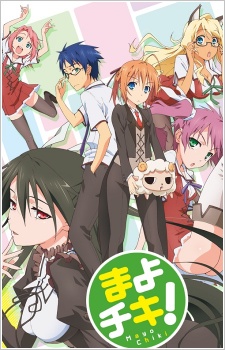 When you've got acute gynophobia, even a pretty girl can be a malady, and as the sparring partner for his family of female wrestlers, Sakamachi Kinjiro has the worst case EVER! Just one touch makes his nose bleed, so school's a bloody nightmare even before Kanade, the Principal's twisted daughter, deduces both Kinjiro's "feminine issue" AND that his name contains the sounds "Chi" and "Kin" back to back. But Chi-Kin's female troubles don't totally redline until a wrong turn in the men's room exposes the secret Subaru, Kanade's manservant, has been hiding in the water closet. (Well, to be fair, we should say WOmanservant.) And if Subaru's cross reactions concerning her cross-dressing aren't enough of a drag, Kinjiro's girl problems also include a haunted martial artist (with ghosts); a cat-eared fetishist (meow!); AND his own sister, whose interest in "wrestling" a certain incorrectly packaged butler may result in an unexpected ending! And that's JUST the set up! (Source: Sentai Filmworks)