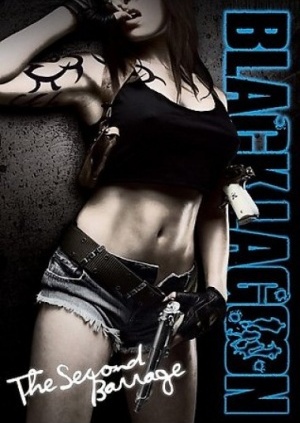 Okajima Rokuro - now known almost exclusively as 'Rock' - was once a typical, put-upon Japanese businessman. Then, on a routine business trip, he was kidnapped and ransomed by the Lagoon Company: a band of mercenary pirates operating out of the crime-riddled city of Roanapur. Abandoned by his bosses, he joined the Lagoon Company. Now he must try and stay afloat amongst the ever-shifting politics of the criminal underworld, while simultaneously avoiding death at the hands of his quick-tempered, gun-toting co-worker, 'Two Hand' Revy. (Source: ANN)